This item has international shipping restrictions. Would you like to continue adding this item to your basket?
Description
The Encore Anthony DiSanza AD2R Two-Tone Medium Core Rattan Marimba Mallets feature a combination of a weighted core with latex and felt, covered with wool yarn.
The AD2 mallets feature Green Yarn with Grey Marking.
Anthony Di Sanza has performed and presented masterclasses throughout the United States, Europe and Asia.  Active in a wide variety of Western and non-Western percussive areas, he can be heard on over fifteen internationally distributed CD  recordings with various artists and ensembles.  In 2010 he released his first solo CD, titled On the Nature of… on the Equilibrium label.  Also a percussion composer, Anthony draws from various Western and non-Western musical traditions in his works for chamber and solo percussion.  Anthony has served as Professor of Percussion at the University of Wisconsin – Madison since 1999.
Reviews (0)
There are no reviews yet.
Write a review
Media
Store Pickup
Stock availability is updated daily and is subject to change during the day. Please contact the store to confirm availability and have us set aside inventory for you. 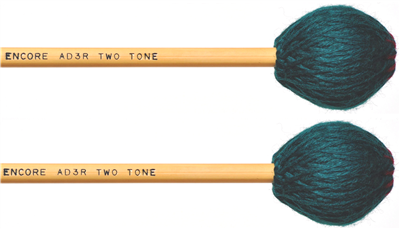 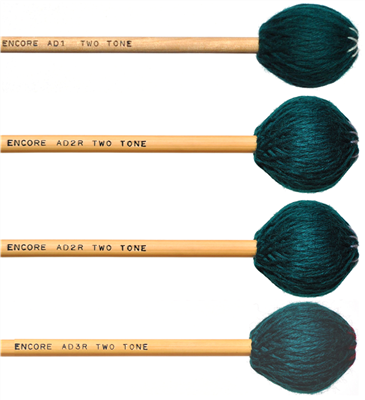